I didn’t have to get up at five most days for the last week to go rake hay before coming in for breakfast then heading off to a real job all day. That means I don’t get to complain about little things like hauling hay. It’s not a bad job at all really. I can drive a stick shift. I can drive a stick shift with a small child on my lap helping. I think there should be competitions involving that sort of technical difficulties.

Out bouncing around the hay field with a rather heavy child sitting on the leg that had to work the clutch, helping steer there wasn’t much time to pay attention to anything else.

At one point I pulled my phone out to see what time it was.That was when I saw it.

My husband was on the line. The timer said he had been for eighteen minutes! Hoping he somehow hadn’t noticed I held it to my hears and said hi? No one said anything. I quickly hung up.

Because speed mattered at this point.

Slipping my phone back into the holster we went back to driving.

A moment latter my phone rang. It was my husband! Sheepishly I answered. Had he noticed that I had apparently accidentally dialed him? I asked, hoping somehow this was coincidence and he hadn’t.

He had noticed. Not only that but he had set his phone next to him while he worked and listened to me and the child as we talked and drove and pretended he was with us instead. He missed us. We missed him. Not sure I had ever heard anything sweeter I tried talking and driving with my helper on my lap.

That is not an award I would win in my imaginary competition. We had to say good bye. 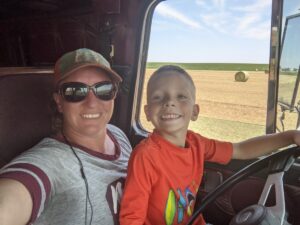