All the Beautiful Men

How does one ever decide? I mean look at them:** 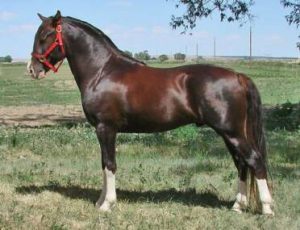 I love this guy, his build his color, his bloodlines are good. Maybe not exactly what I’m looking for. So he’s close but maybe not the perfect man, stud whatever. 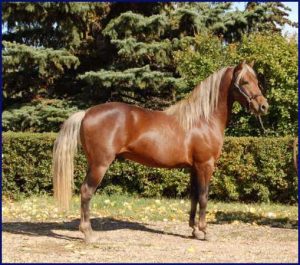 I have loved Unconventional since he was for sale as a baby. I wanted him soooo bad. The Silver dapple color is pretty cool and he looks so much like Coyote. Ok maybe a bit better built, just the neck, but they do look a lot alike. His bloodlines are somewhat similar to the first stud on the topside but still not as cow/ranch bred as I would like  and I want a cow horse first and foremost. 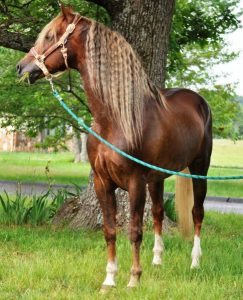 I saw Moab  in person at a ride at Fort Robinson he was stunningly gorgeous. And so very strongly gaited. The owner rode him for the first time on those steep hills in a group of horses and survived. I would say barely but I think it was that whole Morgan thing where they look insane but don’t feel bad when you are riding them. I rode a youngster that belonged to the same people. It was a tiny scrawny two year old I think, maybe a foot wide with thirty days training by a guy who charged a hundred dollars a month. You get what you pay for I usually say, I was charging considerably more at the time. I loved the horse it was quiet smooth and level headed, tons of fun to ride even if it didn’t know anything, sold me on their breeding. Plus he is bred the same on top as Jerry and she’s such a good little horse. So why am I not more serious about him? I really don’t know.

Good bloodlines, great show record. A little thick through the throat latch. I like a nice coppery chestnut. I’ve admired him for a long time would’ve crossed him on Jerry in a heartbeat. 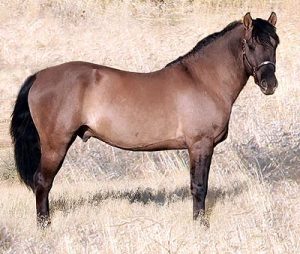 Nice looking horse, cool color, great bloodlines. I’ve always thought Chingadero was fascinating. Lots of good western breeding plus they are close to us, relatively. Not that it matters with AI.

And why am I checking out all these good looking guys? 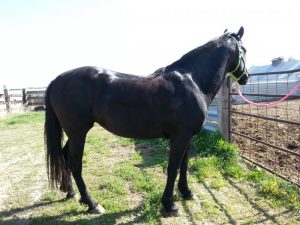 It’s all because of this good looking girl. She’s bred pretty well, nicely built, strongly gaited, smart, opinionated, fun to ride, don’t know what she’s like on a cow. If she were to have a colt next year the youngest human child would be a year. By the time the  foal would be old enough to start 8 would be four. Maybe I would be in a position to start a colt. I am definitely not right now. In a perfect world The Goblin Child could have Onna for hers, 8 could ride Coyote and I would have a youngster. Would it be easier to just buy something ready to start when the time comes? Probably.

The two times I have bred mares it has been disastrous. First was Grace and her beautiful bay based grey stud colt. Beautiful and dead by nightfall. Then, if possible even worse, was Nev. He was perfect, gorgeous and sweet and fun to ride for one whole summer. Do I really want to do this again?

Yes, of course. I’m a glutton for punishment.

So which is my choice? How does one decide when there are so many beautiful studs to choose from? Close your eyes and pick? flip a coin? From even this small selection not one of them would be a bad choice and there are so many others just as good. It’s enough to make your head explode.

I chose the last one. Still working on the details and she’s not bred yet, only time will tell if it works out. I hate to even say anything about it until the whole thing is said and done. Afraid I will curse it.

Looking at their pictures next to each other here I think they are built just alike.

**To my darling husband, you know that if I’m checking out anything of the male variety other than you it’s got to be a horse right?